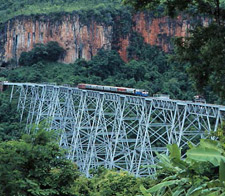 Picked up at your hotel in Mandalay. Approximately 2 hour car journey to Pyin Oo Lwin (more well known as Maymyo locally), 68 kiolmetres east of Mandalay. It is a hill resort established just after the British annexation. Sightseeing in Pyin Oo Lwin include National Kandawgyi Garden (formerly known as Botanical Garden), Chinese Temple and Paikchinmyaung Cave. If time allows, visit to the orchards nearby that grow different fruits. Overnight in Pyin Oo Lwin.

After breakfast at the hotel, take the morning train to Kyaukme via Gokteik viaduct, 1900 built 700 meters long rail bridge. Proceed to Lashio from Kyaukme by car. Upon arrival in Lashio, check in at the hotel and a short city tour.

Lashio is the capital of Nothern Shan State and was also famous during World War II as the starting point of Burma Road. Overnight at Lashio.

After the breakfast at the hotel, visit Lashio market and Chinese Temple before proceeding to Hsipaw. Upon arrival, check in a guesthouse in Hsipaw. Hsipaw is a small town and was the old capital of Hsipaw State. Visit to the Shan Palace and Bawgyo Pagoda. Enjoy the sunset from the top of Theintaung hill. Overnight at Hsipaw.

Instead of going back to Mandalay, you can fly to Yangon from Lashio or continue to Mu Se from Lashio to exit Myanmar via China border. In such case, we can re arrange the itinerary, so that you travel to Hsipaw on day-2 and then proceed to Lashio. We can also tailor made the itinerary if you want to spend more days in Hsipaw to do trekking longer than 0.5 or 1 day.

Contact us your tailor made requirements, for instance, if you need for our assistance with booking for accommodations and Myanmar domestic flights or other pre and post tour travel extras.

Pyin Oo Lwin (formerly known as Maymyo), situated 1050 above sea level and located 69KM east of Mandalay, about 2-2.5hour drive. It was originally a Shan Danu Village which was transformed into a British Hill Station in 1896. During the colonial days many South Asian migrated to this town. Today Pyin Oo Lwin has a large population of Indaian, Nepali, Anglo-Burmese, Anglo-Indian and migrants from Yunnan province of China. It is a multicultural town. It also has a very pleasant climates, temperature rarely goes above 30°C in the summer and could go down below 10°C in the winter months. Pyin Oo Lwin is famous among local for strawberries, jams, peaches & plum (fruits and liquor), coffee, flowers, sweaters and sweater cottage industry and the main market full of shops selling these local produce. There are also road side shops, café and restaurant on Mandalay – Pyin Oo Lwin and Pyin Oo Lwin – Lashio Raod where travellers stop to break for refreshment and shopping local produces for souvenir.
Its main attractions include one of the most beautiful botanical gardens, some old colonial buildings and easy access to nature such as waterfalls, natural caves.

National Kandawgyi Gardens is located about 1.5KM south of the city. It was established in 1915 by Alex Rodger as the Maymyo Botanical Gardens, is one of the most beautiful botanical garden in the world. It has a rich and diverse collection of flora including many English plant varieties, roses and orchids. It also has a bird area, butterfly museum and houses some exotic species including Tackin (Budorcas Taxicolor) from Myanmar Himalayas. Opening time is from 10:00 to 18:00hours and entrance fees are US$5 for foreigners and 200Kyats for tourists.

Some colonial Tudor style houses still stand though not in a very good conditions. There are also many churches and the oldest dates ~1910.

Purcell Tower is located in downtown Pyin Oo Lwin on the main road, which is part of the Mandalay – Lashio Highway. It was a present from Queen Victoria and the clock in this tower is reported to copy the chimes of Big Ben.

A large and colourful Chinese Temple built by Chinese immigrants from Yunnan Province of China, is located in South of the town, close to Candacraig. The six tower story temple has seating areas. The temple complex has an orphanage and a nursing home.

Pwae Kauk Waterfall, also known as Hampshire Falls during British era, is located 8KM north east of the town, on Mandalay – Lashio Road. It is a popular day trip destination and picnic spot for local families.

Shan Villages
Mogyopyit, Yechando and Ye Ngeye could be visited on the way to Pwe Kauk Falls.
U Naung Gu, a natural cave containing several Buddha images, is one hour hike away from Pwe Kauk Fall. It is used by local for a quite meditation.

Hsipaw (Thibaw)
Hsipaw is a charming small town located on the western bank of Duthawadi River in Northern Shan State. Mandalay – Lashio highway run through this town. It is only about 6 hour drive from Mandalay and easy to get to. Dramatic sunsets, narrow footpaths winding through the paddy fields, friendly locals and beautiful sceneries on trek through villages has made Hsipaw an increasingly popular destination in Myanmar.

Baw Gyo Pagoda, located 5 miles from Hsipaw, is a 12th century Shan Style pagoda, an ancient monument reputed to be more than 2000 years old. It is the most revered pagoda in the Northern Shan State.

The Shan palace was the palace of Shan Sawbwar (pronounced Sao Pha) Sao Kya Seng and his Austrian wife Inge Sargent (known by locals as Mahadevi Sao Thu Sandi) who is also the author of the book Twilight Over Burma. This book was being turned into a film with the same name “Twilight Over Burma” in 2015.

Lashio (3100 feet above sea level) is the largest town and the capital of northern Shan State. It is the start of the famous Burma Road built by the British before the World War II, which intersect with Ledo Road leading into the Yunnan province. It is about 8-9 hour drive from Mandalay and about 3 hour drive from Mu Se at China/ Myanmar border. It is situated on a low mountain overlooking the valleys of Nam Yao River, a tributary of Namtu River. The residents of Lashio is mostly Shan, Chinese and Bamar (Burmese) ethnic groups. The main attractions of Lashio include Man Su Pagoda, Pyi Lone Chanthar Pagoda, Central morning market which is bustling with various ethnic groups and the natural hot spa which is about 5 miles from the city centre on the road to Mu Se. 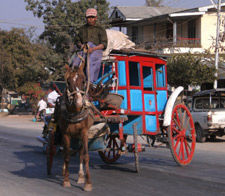 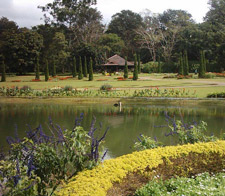 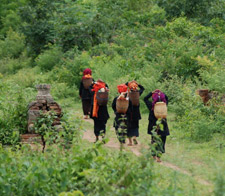 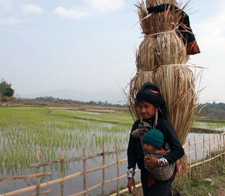 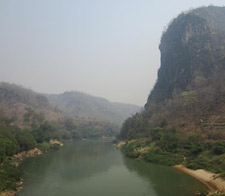 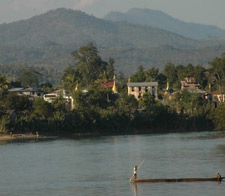 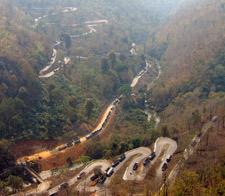 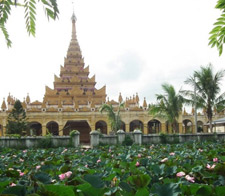