Expect more than 300 species of birds on this bird watching tour in Myanmar Himalayan outback to Phongan Razi mountain! 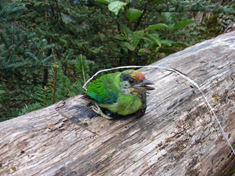 The tour does not require a high level of fitness but you should be in good general health. You must let us know of any physical limitations you may have including recent hip and knee replacements please contact us. Please note we will be traveling in high altitudes on a moderate to challenging multiple day village and mountain trek in the remote area with no medical facility.

Equipment and gear to pack

Permission to travel in Myanmar Himalayas is required for this tour. We need to receive your booking ideally 10 weeks prior to your planned departure date. Please also see our

NOTE:
This is the sample and the actual itinerary may vary.
We reserves the right to change the itineraries (rearranging the order of the tour programs, to cancel or substitute places to visit or to combine to make decent group size if there is a shortage of trek leaders and support staff) at any time without prior notice depending on the weather, operational and local conditions.

Day – 1 (Friday): Putao (arrival from Yangon/ Mandalay/ Myitkyinar)
Flights from Yangon to Putao via Mandalay and Myitkyinar takes approximately 3 hours. Upon arrival, meet and greet by our representative and transfer to the guest house for check in. Then leave for bird watching around Putao. Overnight at the guesthouse in Putao. (_, _, D)
Altitude: 440 meters

Putao (formerly Fort Hertz) is a small town surrounded by ranges of snow-capped mountains. It is located at the north part of Myanmar and at about 440m above sea level.

Day – 2 (Saturday): Jeep/ truk to Shanguang Village (Jeep/ Truck)
The expedition to Mount Phongan Razi (the summit elevation of 3506 meter above sea level) begins today! After breakfast, drive to Shanguang Village which is a Rawang Village approximately 30 kilometer north of Putao. After Arrival, bird watching around the village. Overnight at a local village home at Shanguang Village. (B, L, D)

Shanguaung Village, at an altitude of 440 metre is located 30 km north of Putao. It is a Rawang village of approximately 100 households. From this village to Mount Phongan Razi is landlocked with no transportation except by footpath. Vegetation is primary hill evergreen forest. This remote area was visited by only a few ornithologists until the early part of this century and remains largely unexplored even today. Therefore here we can see not only recorded Eastern Himalayan enigmatic speciality birds but also many unseen bird species.

Day – 3 (Sunday): Trek to Hpatek Camp
After breakfast, ascend towards Hpatek Camp. From here we will have a fantastic view towards the snow covered mountains along the Indian border including the summit of Mt. Phongan Razi. We will do bird watching on the way and around the camp. Overnight in tents at Hpatek Camp. (B, L, D)
Altitude: 450 to 1400 metres
Distance: ~11 kilometres

Day – 4 (Monday): Trek to Wasandum Village
After breakfast, descend towards Wasandum, a small village of ~20 households. We will do bird watching on the way and around Wasandum Village. Overnight in a local village home. (B, L, D)
Altitude: 1400 to 800 meters
Distance: ~ 6 kilometers

Day – 6 (Wednesday): Trek to Ziyadam Village
Breakfast, trek to Ziyadam Village with approximately 25 households. It is also the last village/ human inhabitant on this route. The trek is on a relatively flat terrain. We will do bird watching on the way and around the village. Overnight at a village home. (B, L, D)
Altitude: 950 to 1050 metres
Distance: ~8 kilometres

Day – 7 (Thursday): Explore around Ziyadam Village
Birdwatching along the Ziya River in primary forests. Overnight at a vaillage home in Ziyadam. (B, L, D)

Day – 9 (Saturday): Trek to Thitpingyi (Big Tree) Camp
Ascend towards Thitpingyi (means “big tree”) Camp. We will do bird watching on the way and around the camp. Overnight in tents at Thitpingyi Camp. (B, L, D)
Altitude: 1300 to 1850 metres
Distance: 8 km

Day – 16 (Saturday): Trek to Wasandum Village
Head back to Wasadum Village. Birdwatching on the way. Overnight at a village home in Wasandum. (B, L, D)

Day – 18 (Monday): Trek to Shanguang Village
Final day of trek to Shangaung village. Birdwatching on the way. Overnight at a village home in Shangaung. (B, L, D)

Contact us if you want to tailor made this service and want different departure dates, extensions and accommodation options (Lodges, Hotels, Guesthouses, Homestay). Please note that airlines operates flights between Putao and main land Myanmar on Tuesdays, Fridays and Sundays, which may be changed without prior notice.

Current season air fares between Putao and Yangon, Mandalay and Myitkyinar are US$245, US$150 and US$100 per person each way and subject to changes by airlines for the following seasons. We can arrange your flights on request.

Hotels, airport transfers and other excursions before or after your arrival in Putao for our Myanmar Himalaya Tours. We can arrange these services on request.

It is client’s responsibility to ensure that they take a suitable travel insurance that covers for their activity and the destination. 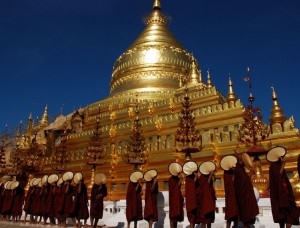 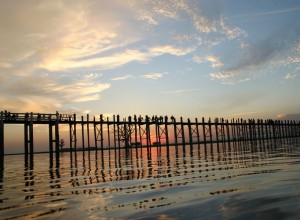 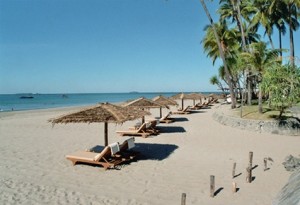 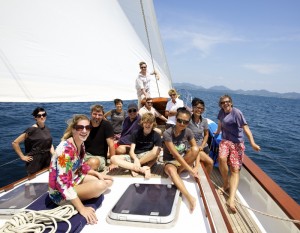 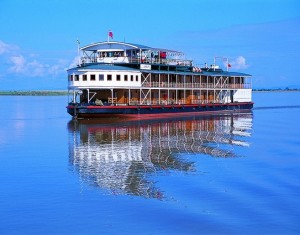